My C11 Newsletter for my Team

This has been a very busy campaign as far as additions to our team goes. In the past few weeks we have added an even dozen new Cloud Climbers!!  I'm so happy to have the following Representatives now on our team and I hope they all have much success. Three of them are on the Top Ten in Sales least for this campaign, so they are already working hard. Several are due to turn in first orders in Campaign 12. My goal is to add 100 new team members before the end of the year, and we are off to a great start. Welcome to our team, Cloud Climbers!
1. Kim Mitchell, Olive Hill, Tennessee, who has come to Avon for the second time.
2. Kristi Strode, Chattanooga, Tennessee.
3. Jessica Martinez, Forestdale, Alabama, who was in our top ten in sales last campaign.
4. Alisha Edwards, Birmingham, Alabama.
5. Gladys Hale, Boaz, Alabama.
6. Sheila Benz, Thompsons Station, Tennessee.
7. Amaleia Ruble, Mount Juliet, Tennessee.
8. Stephanie Crosby, Oxford, Alabama.
9. Jerita Pennington, Decatur, Alabama.
10. Angelique Ortiz, Huntsville, Alabama.
12. Tonya Caldwell, Nashville, Tennessee, rejoining Avon just this morning.
13. Sheilia Smith, Birmingham, Alabama, who was added to the team as I was typing this newsletter. I just spoke with her and she said she was a representative in Ohio a couple of years ago.
Top Ten in Sales for C11 - all with Award Sales over $150.
1. Gladys Faulk
2. Rene Parker  PC
3. Darren Mannahan
4. Susanne Walters
5. Ruby Nunnery
6. Kim Mitchell   NEW
7. Steffanie Erdelt
8. Angelique Ortiz  NEW
9. Maria Loza
10. Kristi Strode  NEW
Congratulations to those earning Avon Awards since my last report. Steffanie Erdelt and Ruby Nunnery each won a cosmetics case in the C5-C8 130th Anniversary Sweepstakes. I don't even remember this incentive, but apparently there were 10,000 winners and they were among them. :) Also,Jessica Martinez received 25 points in the PRP New Rep. program and Kristi Strode got the 2nd Campaign Sample Bundle for having an order over $100.
Those with Direct Delivery orders in C11 were Sheila Benz and Angelique Ortiz - both new representatives.
I hope that you are reading the Representative Insider News and all emails that you receive from Avon, because there are lots of new things happening right now. By now everyone should be aware of the free shipping for all orders placed through YA until midnight on May 31, so there is no excuse not to turn in an order for C12. I hope to see 100% participation!
All of the new Representatives on our team came through the ALMA program that Avon has for distributing leads to qualified Leadership representatives. I mentioned that system in my C9 newsletter, but what I didn't tell you is that I am now purchasing leads through ALMA. Since most of you have not been doing any work with Leadership, you have probably not looked into the ALMA program, so let me explain a little more. Regular Leads mostly come to Avon from those who are searching around on the internet for direct sales businesses and fill out information in some form or fashion. Many of them are not really interested in Avon businesses, and you can chase them around for 14 days (the time Avon gives you to follow up on them) and never get anywhere. Premier Premium Leads, the ones you have to purchase, contact Avon more directly and are considered to be more likely to be serious about starting an Avon business. There are no guarantees that they will get started, however, the chances of them doing so are better. So far I have purchased 20 PPLs and 12 have become Representatives. Several of the others are still thinking about the business or planning to start soon. So, for my part, purchasing PPLs is working out very well.
Now, here is where you come into the picture. In past years I have had up to four generations of Cloud Climbers and I would very much like to work toward having at least two generations by the beginning of 2017. That means that I need one or more of you to dedicate yourselves to beginning teams, with my assistance. When I purchase PPLs, I have the option of delegating some of those leads to members of my downline who qualify to participate in the ALMA program. You can read all about the requirements to participate in ALMA through the link under "Sales Leadership" on YA, but here are the basics.

So, very basically, you need to have two representatives under you, making you a Star Promoter, and go through the online ALMA training before I can delegate leads to you. If you think that is a goal you would like to push for, please let me know so that I have an idea of who I need to be working with to set OUR plans in motion. We can brainstorm about ideas of how to meet the qualifications, but I need to know that you are interested first.
That's all for now. Don't forget that Consistent Activity = Consistent Income, and don't forget to TURN IN AN ORDER FOR CAMPAIGN 12 AND GET FREE SHIPPING ON IT!!!  :) :)
Sandra Moore
Avon Gold Ambassador 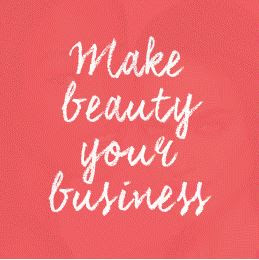 Posted by Sandra Legg Moore at 7:55 AM